You are looking for an innovative concert that is sure to educate and move young audiences as well as raise their awareness while making them discover the symphony orchestra from every angle? What would you say to a show in which music and theatre mesh perfectly together to highlight all of the orchestra’s musicians and their conductor?

1. The History of Music (Symphonic Version)

Buzz Brass joins the Symphony Orchestra to offer young audiences an incomparable odyssey that travels through space and time at a thrilling tempo to explore the history of music of the Western world from pre-historic times to the present day! The show is just bursting with energy and proves to be of astonishing originality paired with the skillful wielding of jolly humour.  Beyond the laughs and the fun that this captivating symphonic experience generates, this concert seeks to educate and move young audiences as well as heighten their awareness by making them discover the symphony orchestra, its conductor, its musicians and especially the brass instruments, and all through the use of great music.

TEACHER’S MANUAL
A Teacher’s Manual accompanies this show. It allows teachers to first prepare the students for the show’s theme, and then serves as a guide to review with students what they have learned.

TECH
Lighting (plan provided) / 1 wireless headset / a minimum space of 8 feet/2.5 m between the orchestra and the edge of the stage

REHEARSAL
Although it proves relatively simple for an orchestra to set up, the show’s preparation requires a recommended minimum of 2 rehearsals lasting 2:30 hours each.

REPERTOIRE & SCENARIO
—      Prehistory
From the very onset, Buzz Brass joyously plunges into the heart of the matter with its primitive brass instruments and its tribal dance set to a choreography that is as colourful as it is rhythmic, drawing its inspiration from our distant ancestors!

—      Antiquity
With the advent of Antiquity’s first civilizations, the instruments have evolved over the centuries and—with all due respect to Caesar!—music has refined itself to the point of offering melodies with simple harmonies and livening up everyday life.

—      Middle Ages
Buzz Brass demonstrates how music gained structure in the course of the Middle Ages, with its polyphony resorting to clever melodies and harmonies. The Western world’s music known as Classical that is familiar to us begins to take shape…

—      Renaissance
The Renaissance’s “rebirth” and its enormous boom of virtually every facet of civilization got humankind—and its music—to emerge from the medieval times’ Dark Ages.

—      Baroque
In the image of the Baroque era, Buzz Brass’s musicians express themselves with effervescence! Historically, music will henceforth be principally based on major and minor keys, as it is to this day.

—      Classicism
The ensemble gets us marvelously transitioning from the Classical era’s elegance and relative reserve to lead us to the beginnings of the Romantic era’s expression.

—      Romanticism
Here, Buzz Brass proposes an opera without voices whereby each of the quintet’s musicians impersonates an operatic character. Instead of singing, they play their brass. As to the narrator, he introduces the characters, describes the action and accompanies the quintet’s musicians on the stage. Although the opera is dramatic, it is clearly of the humorous variety!

—      20th Century
Until this point in humankind’s history, the only way to hear music had been to be where it was being played. With the appearance of sound recording, radio, cinema and television, music reaches an ever broader audience, which Buzz Brass illustrates in an entertaining and diversified musical staging!

—      The Maestro
In The Maestro, Buzz Brass’s narrator introduces the public to the conductor’s role, and no less than by stepping onto the podium himself and conducting the musicians—without, however, having the required skills (all of which is played very comically)! Striving to counter the strictly Classical music that the conductor is trying to impose, the musicians resist by means of jazz. Things get out of hand to such chaos that the REAL conductor intervenes! The narrator relents, the musicians are immediately reconciled with their true conductor and they good-heartedly perform with him the end of the last work that had been interrupted. 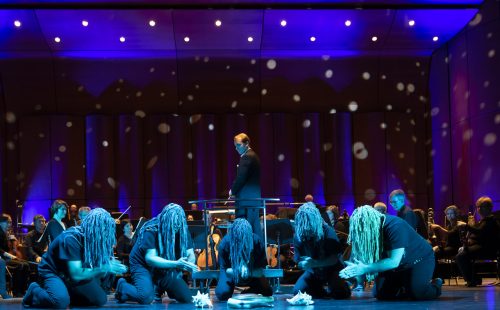 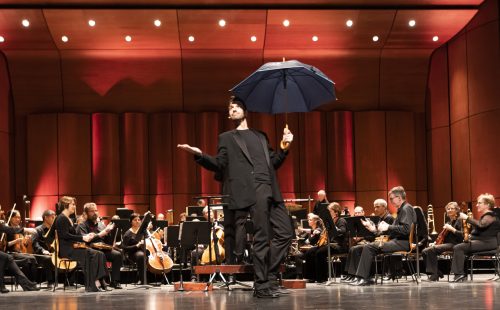 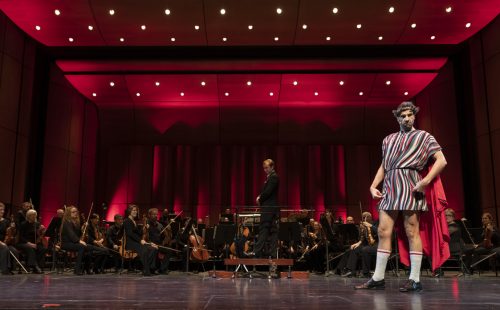 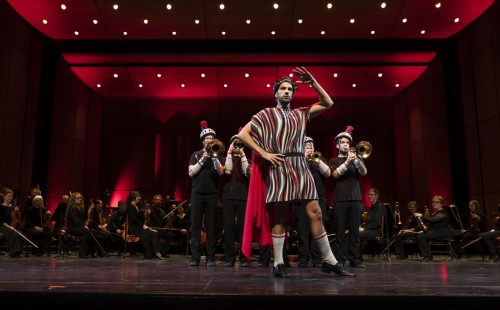 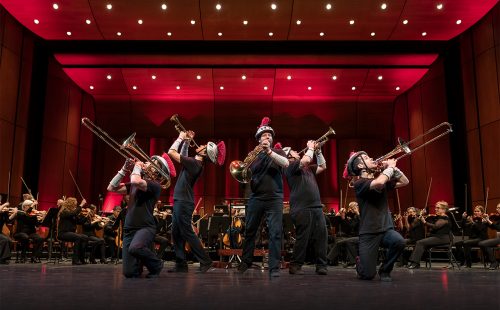 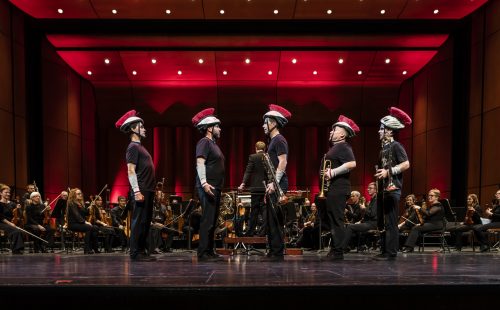 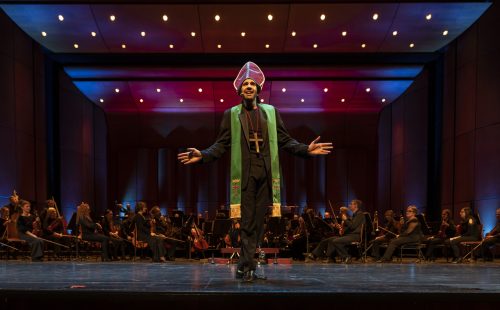 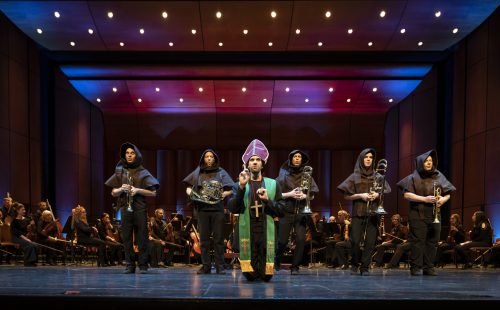 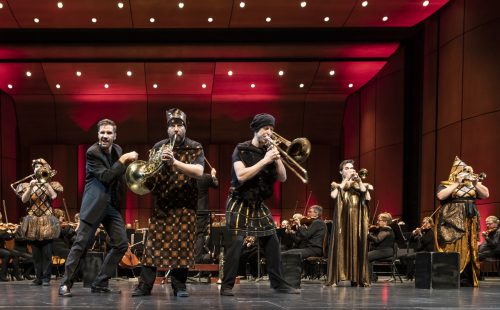 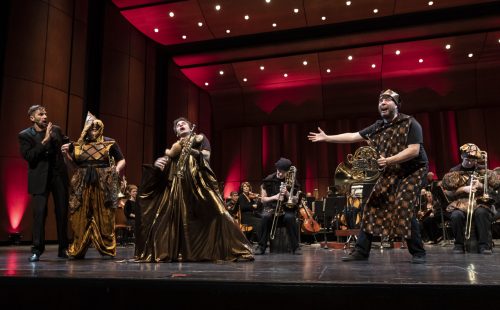 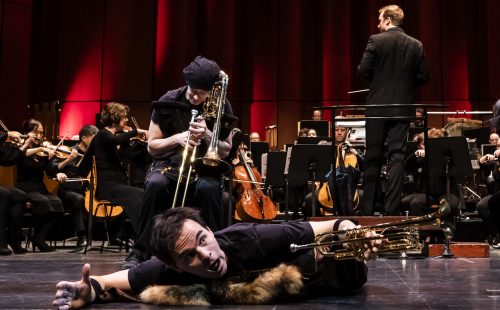 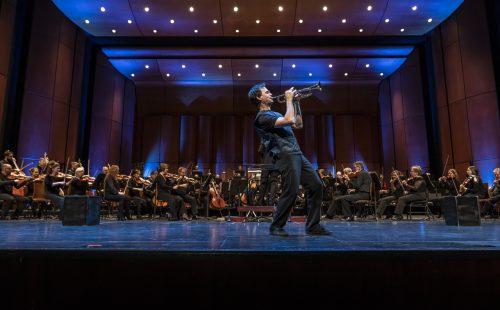 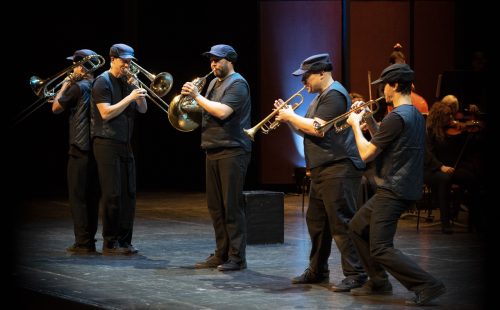 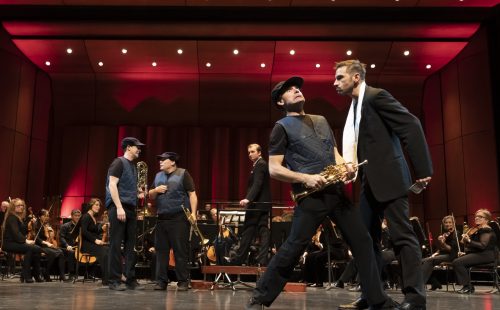 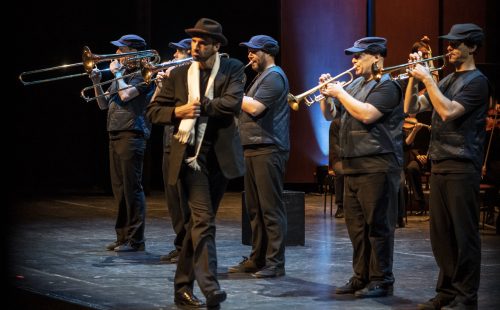 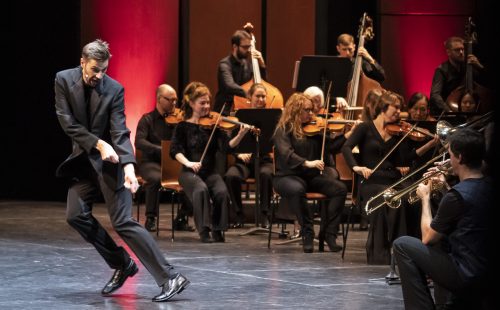 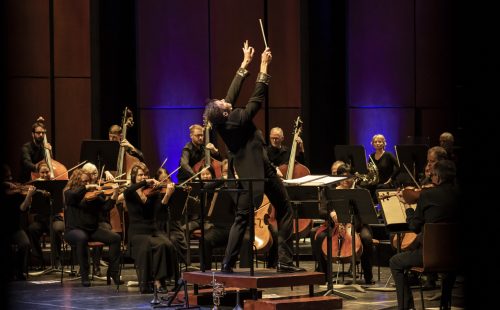 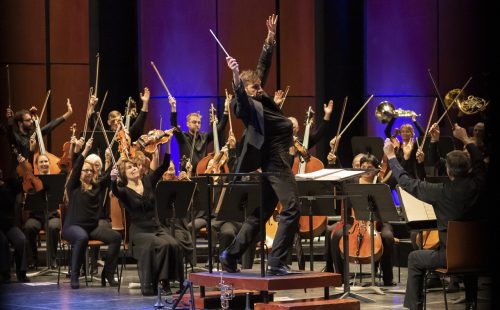 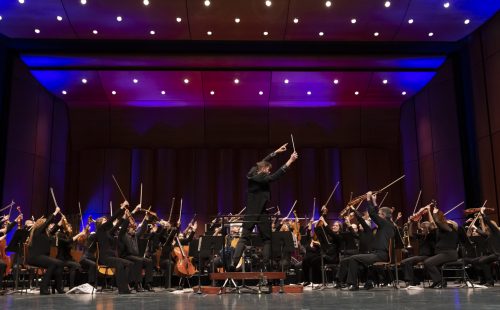 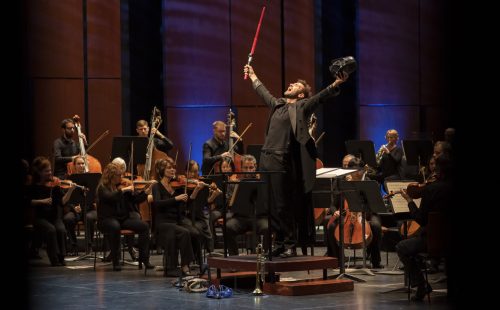