Released September 27, 2019 on the Analekta label 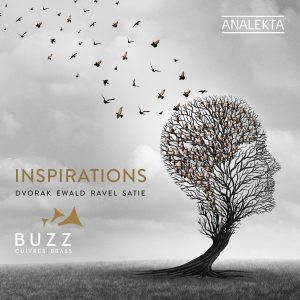 Get the album online!

Buzz Brass is returning to its primary essence with this newest opus, Inspirations! Indeed, following the production of two consecutive albums with guest musicians, this recording gives entirely way to the brass quintet. Enjoy!

“The Scherzo of Ravel’s F major Quartet is jaw droppingly brilliant – a testament to the ensemble’s sensational embouchure – and almost convinces that the music was conceived for brass. […] Warmly recommended.”
Gramophone (prestigious London magazine devoted to classical music), February, 2020

“Inspirations is an attractive recital with each of four gems in this repertoire being polished to a glittering sparkle. […] All are highly creative re-arrangements; wholly satisfying both structurally and expressively”.
WholeNote,  November, 2019

The sound of Buzz Brass is splendid. The musical environment they create radiates with a bright and golden glow […] memorable melodies such as Satie’s Gymnopédies and Dvorak’s famous American Quartet (originally for strings) find themselves enhanced, almost sharper.
Ici Musique, October 2019

One can’t help but fall in deep admiration before the beauty of the Brass Quintet No. 3 in D flat major Op. 7 by composer Victor Ewald (1860-1935). These are the twenty uninterrupted minutes of pure and perfect happiness in this first work of the album!
Les Artszé, September 2019 Get the album online!
Buzz Brass here tackles accessible and familiar works by means of innovative custom arrangements. Following a variable geometry throughout the program, our brasses blend with one another or interlace with other instruments, generating a rich sound palette. With this in mind, we were keen on collaborating with some of the finest musicians Canada has to offer, leading us to call upon harpist Valérie Milot and pianist Matt Herskowitz.

“The result is musically formidable because of the quality of the musicians and the top-level arrangements. It’s impeccable!”
Jacques Leclerc, Info-Culture, October 14, 2015

“These five musicians are fearless! With this fourth opus, the Montreal quintet tackles major works and its rendition gives the impression they have been written for its two trombones, two trumpets and horn. A literally transfigured Prelude to ‘The Afternoon of a Faun’, and […] a few Gershwins […] that will be acquiring a following.”
Réjean Beaucage, Montreal’s Voir cultural weekly, October 20, 2015

“Amazing. The energetic and convincing performance […] says much about this ensemble’s cohesion. The instruments go beyond complementing one another, they achieve the extension of one another to ensure the flow of the discourse.”
Richard Boisvert, Quebec-City’s Le Soleil daily, November 15, 2015 / Montreal’s La Presse daily, November 21, 2015

“Buzz’s version of Holst’s The Planets (with organ!) was on my Want List in 2012, and so […] this new release […] does not disappoint. In fact, in some ways, it is even more impressive. There’s an edginess to Buzz, a constant sense of risk-taking […] that makes this CD one worth returning to many times.”
Raymond Tuttle, Fanfare, November 2015

“It’s an album that really impresses and that may be savoured in many ways, the power of the brass being gloved in finesse.”
Montreal’s Entracte performing-arts magazine, Oct.-Nov.-Dec. 2015

“I must admit having much delighted in these ‘Preludes and Rhapsodies’, very pleasing and sounding like a charm.”
Pierre Dallaire, Magazine Son & Image, Jan.-Feb. 2016 Get the album online!
Buzz Brass here joins forces with the talented organist Mélanie Barney to create a stunningly orchestral concert that appeals equally to fans of Holst and those of music for brass and organ. This recording has become a reference album, both for audiophiles and music lovers, thanks to the exceptional quality of the recording and a stunning interpretation.

“A version for brass quintet and organ is food for thought. But the result is there. Impeccable recording.”
Montreal’s Voir cultural weekly, September 24, 2009

“One of the best organ recordings I have yet had the privilege to hear, a reference in the genre.”
Magazine Audio e-zine, September 24, 2009

“Superb, highly recommended!”
Mixtures – The newsletter of the Quebec Federation of Friends of the Organ, May 2010

“A valid new look at The Planets. The music’s emotional impact is intact. There is both skill and imagination here, and in abundance. Brilliant, exciting, yet always controlled playing. The brass players all get gold stars, as does organist Mélanie Barney. You need to hear this recording.”
Fanfare magazine (USA), July 2012

“The adaptation is darn good. The majestic and weighty movements come off with commanding power and intensity, and the minatory and mysterious outer planets are pretty cool, too. How can you resist?”
The Absolute Sound magazine (USA), September 2012 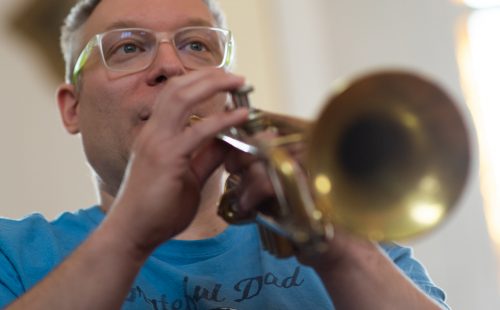 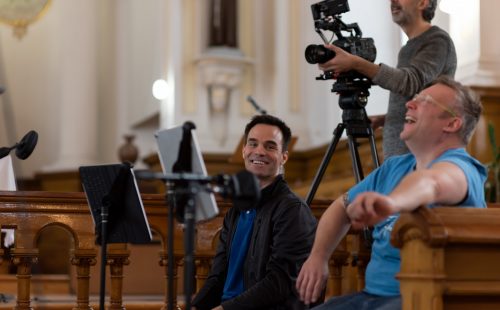 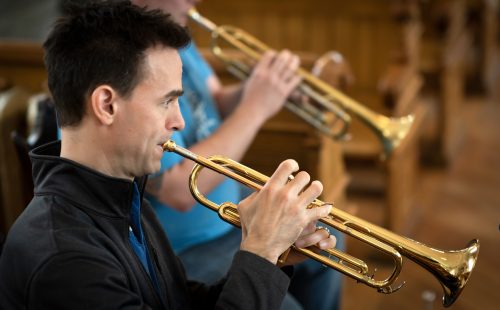 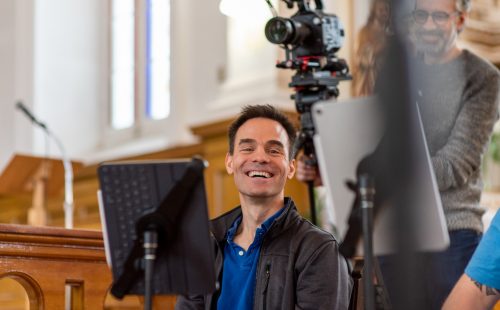 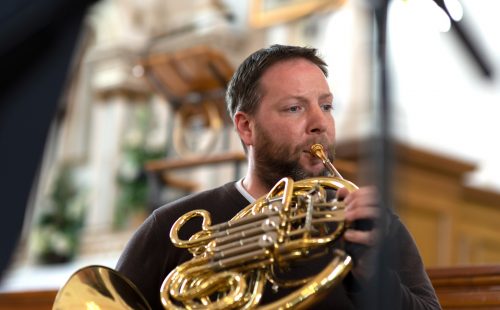 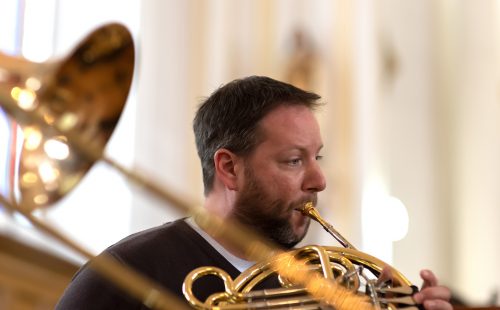 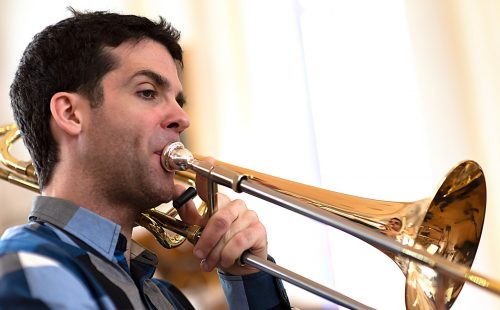 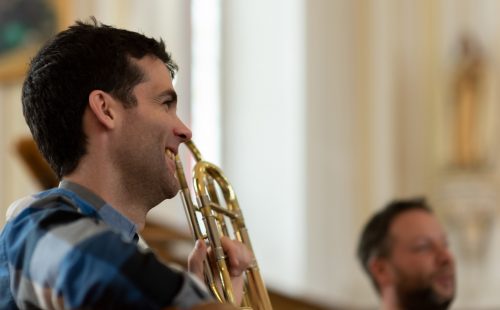 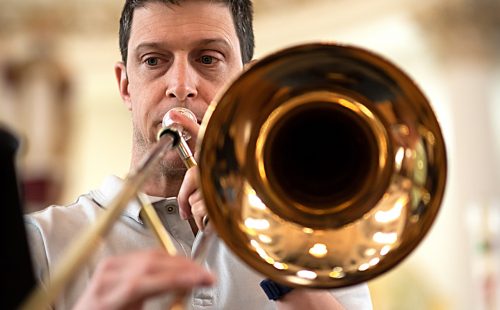 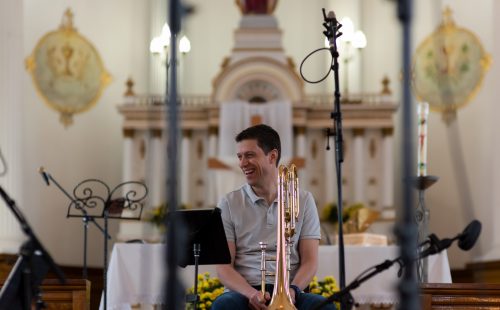 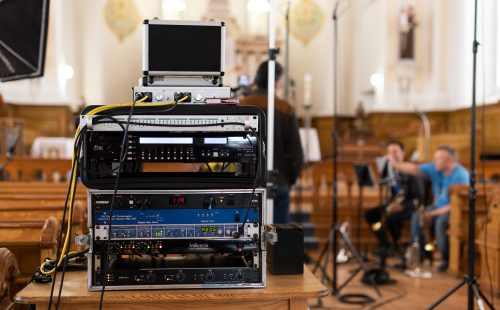 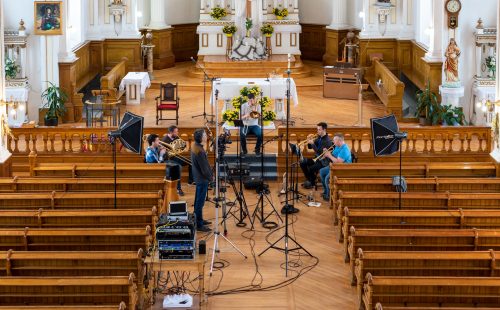